BSX insights – Physiological analysis for a fraction of the cost? 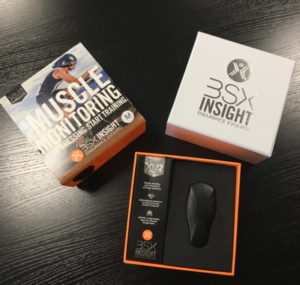 When I find blogs online you find the writer waffling on for ages before getting to the take home. So if you want to find out what we found out when we took the BSX to a lab to test then jump down the page to “TESTING THE BSX IN A LAB.” The following provides a background to lactate testing and how the BSX works which helps understand what we tested and what are the potential pros and cons of the BSX.

One of the most important pieces of information all athletes and coaches prior to setting up a training program is the development of accurate training zones (TZs). TZs are levels of effort based on heart rate, power, pace or perceived effort that correspond to certain energy systems in the body.

In order to effetely and more importantly accurately set these zones we need to determine what is considered a ‘threshold’ between aerobic and anaerobic energy systems.

Traditionally, this threshold has been calculated from maximal heart rate or heart rate formulas or from laboratory testing involving analysis of blood lactate or the relationship between o2 and Co2 levels. These different measures vary in accuracy and vastly in cost  – from nothing more than placing your age, resting and max heart rate into an equation, to carrying out a 20 minute all out effort and looking at pace or watts for a given heart rate. Or use of the gold standard the most expensive lab tests conducted by an exercise physiologist with specialist equipment such as lactate analysers and colorimeters (See end of blog for some online help about these methods).

The drawback about lab testing is primarily ‘cost’. It maybe £150-400 for a lab based threshold assessment from which training zones are developed. Although a one of payment of this amount maybe acceptable, as we train we adapt, therefore our thresholds will alter requiring re-testing every 10-12 weeks. The cumulative costs over the year(s) are not insignificant.

However in March 2014 the launch of a new product was an attempt to give the power to assess lactate threshold back to the consumer in a convenient, accurate and cost effective package.

How the BSX works

This could be a whole book worth of discussion but for the purposes of this blog the basics will be enough as really the most important issue is will the BSX measure as accurately as current gold stand tests used in a lab.

Haemoglobin is one of the most important molecules because of its oxygen-carrying ability. The basic principle of the BSX is the measurement of blood haemoglobin concentration in addition to blood O2 saturation. It does this by shining near-infrared light onto the skin and detecting some of the

light after it has travelled into the muscle tissue and returned to the surface. Because oxygenated and deoxygenated hemoglobin (chromophores) have different absorbance spectra (color recognizing) in this region. Because the hemoglobin has to pass through different tissues and as such the way light passes through these tissues (i.e. some people fatter than others) can impact the measurement of levels of oxygenated and deoxygenated heamoglobin. Therefore, equations are used to overcome these issues. 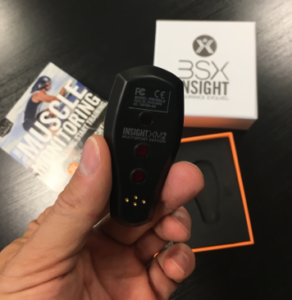 The take home is that the ratio of the oxyhemoglobin (oxygenated hemoglobin) to the total hemoglobin concentration is reported by BSX as a percentage (SmO2). SmO2 stands for muscle oxygen saturation and is the percentage of hemoglobin that is carrying oxygen in capillaries of muscle.

As exercise intensity increases and we need greater levels of Oxygen and as such SmO2 (oxygen saturation) decreases. The measures of SmO2 as an index of oxygen extraction is measured noninvasively by the BSX and may offer a method of identifying a threshold related to anaerobic capacity.

Possible issues with the hardware & software

BSX is a near-infrared spectrometer (NIRs) and with such equipment when used in human physiology there can be problems with accuracy and the data that is transmitted. One significant issue can involve the reflection of light that comes from the muscle. If light where to get from a source other than the muscle this could impact and data used to estimate the threshold results of the BSX. Therefore, the use of the sleeve that the BSX system uses to hold the sensor should be either 1. Tight enough to hold the sensor against the skin so light does not escape when reaching the sensors, 2. The sleeve should ideally block and light from hitting the sensors. 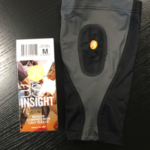 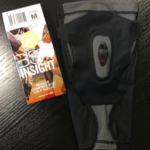 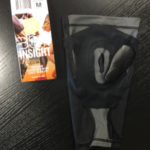 Therefore, if we just accept that the sleeve is great quality and ideally light blocking it would be key to make sure the sleeve is in optimum condition (no holes etc) and also that it is the right size so to place enough pressure onto the sensor that rests on the calf. The sleeve also must not be too tight as this may restrict blood flow and as such impact the results.

These issues suggest that using the BSX during cycling where there is less bouncing and movement of the sensor results may deliver more accurate threshold data than during running. In addition, differences in bodyfat levels as discussed above may also impact the accuracy of BSX. However, I would view this as a minor issue as the equations used to translate the light signal to usable data (i.e. a threshold number from a breakpoint) would I believe considered this. The equations that BSX uses to calculate are not declared and as such we have no way of assessing that issue.

The software (a downloadable app) decides the intensity / stages of the test by using a series of questions including:

From this the software comes up with a graded exercise test where you begin at a set power over a number of levels, which are 3 minutes in duration. We believe in general this is circa 80-120w starting intensity that increases 20w every 3 minutes until exhaustion.

How these questions predict the level in the test are unknown but the test can be very long compared to a traditional lab based lactate threshold test that also incorporates a maximum oxygen uptake vo2max test (example in my test it took circa 30 minutes). However, as a standalone lactate test it would not be too difficult for a trained subject to carry out, but for an untrained person a 30 minute test may cause some concern.

Finally, we don’t know what method the test uses to identify where the threshold occurs. This has been a topic of debate for many years in exercise physiology and relates to how we identify where the relationship between lactate increase moves from a linear (steady state) increase during the test to something occurring at a much higher rate (the breakpoint in that relationship).

Many equations have been adopted to try to identify this and all with pros and cons depending on the test (bike vs. run), fitness, protocol of the test (duration, intensity of each state) etc.

TESTING THE BSX IN A LAB

I am a sceptic by heart as are all scientists and as such I wanted to make sure the product did what is says on the tin and can really identify lactate threshold. As such I booked some time out at a local University to test out the accuracy of the BSX against actual blood based lactate threshold measurement.

The test protocol was performed according to the BSX manufacturer’s Instructions as given on the phone app. So after an additional 100w warm-up stage the protocol started at 140w and increased by 20 W every 3 min until I could no longer maintain the power output (end stage 10 ‘300w’). 5 weeks later the test was repeated.

In the figures below are the results of the tests from the raw data from the BSX (sm02) and the blood tests (lactate vs. watts) carried out in the lab. The test results demonstrated almost exactly the same breakpoint using the BSX and the lab tests (not breakpoint in SMO2 is visual but the BSX gives an actual number of watts (258)).

In the Figure 1 above the BSX shows a clear break point (deflection) representing the equivalent of the lactate threshold as measured using blood lactate. The only difference is that the threshold occurs slightly earlier than that in the BSX test as the BSX measure changes in oxygen levels instantaneously, whereas blood lactate levels take time to change as lactate leaves the muscles, then into the blood where it is taken and measured following a finger prick blood test. 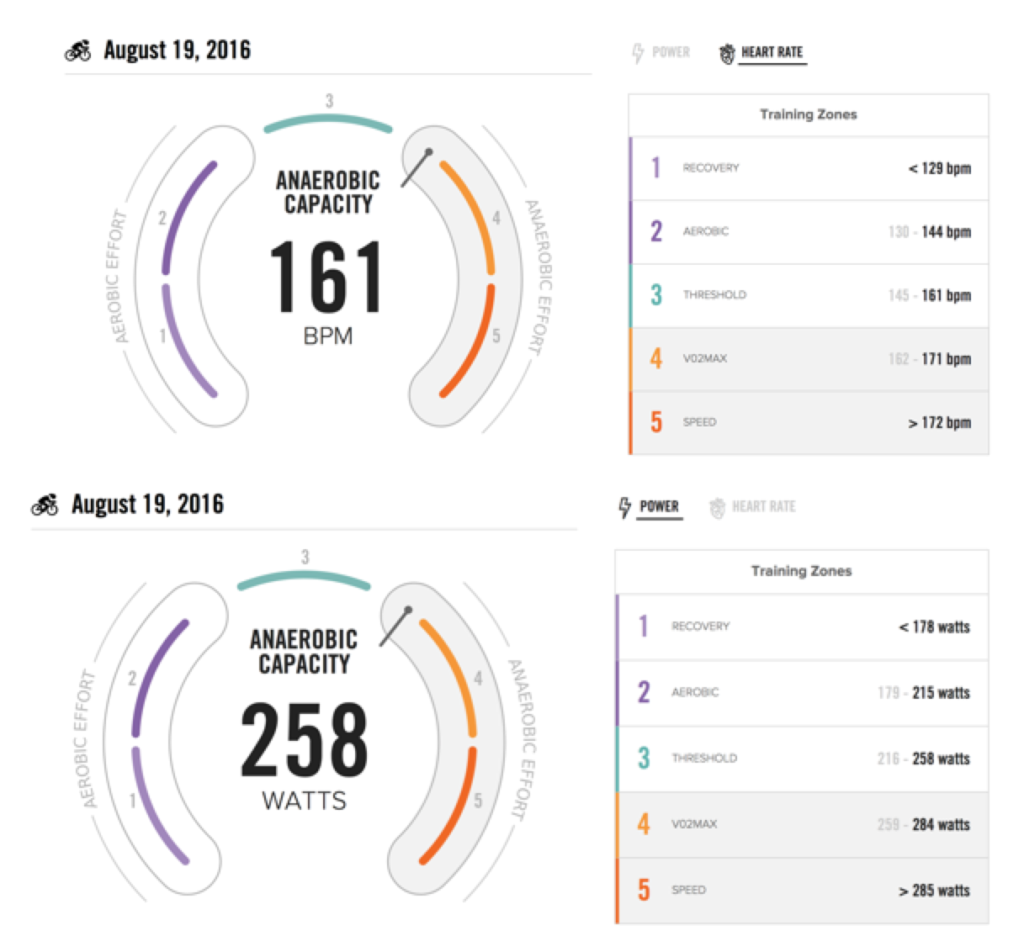 Figure 2. Threshold values as shown in the BSX app and related TZs

These results are great news for those of us that want an accurate reflection of where the threshold occurs rather than a best guess typically associated with tests such as functional threshold capacity (FTP)[I will address FTP in a future blog].

However, despite the results there are some limitations over traditional lab tests that also measure oxygen uptake during a lactate test. The measurement of oxygen uptake and utilisation (known as metabolic testing) can also tell us about our use of fuel i.e. the % and rate of fat and carbohydrate use. This is essential to know how long we could exercise for at a given intensity (i.e. watts/pace) before we would begin to run out of fuel and fatigue. From such data we can calculate how much carbohydrate we would need to take in over the course of an Ironman or Sportive to ensure we don’t fatigue. Furthermore, metabolic testing also allows us to assess metabolic efficiency, which is the amount of oxygen needed to generate a given effort (i.e. o2 per km).

Although I did not get to test the BSX insights in relation to its ability to identify threshold during a run vs. the lab comparison supports its accuracy and is clearly very close to what was obtained in the lab. Of course the lab test was only based on me ‘one test subject’. As such a study with greater numbers may deliver different results.

For now the study demonstrates the BSX is a cost effect means of determining lactate threshold, is easily usable and the results are repeatable.