The start of 2015 was the Boston marathon and man did I pick the wrong year – windy and freezing but it was one for the ‘bucket list’ and my 3hour (ish) run from the 2014 Barcelona marathon got me a place. A big reason to do the marathon was not only to run the oldest marathons in the world, but also to support the fight against those who live to cause fear through terrorism and the survivors from Boston who can never be beat. Despite everyone trying to keep warm in the open tents it was a great event and I dragged out a 3hr 7min marathon with only xmas training under the belt (and maybe Santa’s belly).

The main goals for the year where to improve the bike and run so only signed up for one ‘A’ race [The Hull marathon], and one ‘B/C’ race  – the Ironman 70.3 Stafford in June (Update – no blog on this but I managed a top 20 at the event without a taper).

So to the hull marathon…

I had a great year of training with significant improvements in bike and run, so was looking forwards to Hull. In advance I had done some great training sessions in prep at an around 6.30min/mile for 17-18Miles. This gave me some confidence going into the race and helped me set a realist target pace and heart rate.  This was the first year of the Hull marathon after a non-starter (wrong length) a year or so before, so getting some reviews on the course was not possible. However, looking at the elevation and where the course was run there seemed only to be a few sections that might be difficult and need some additional pacing consideration. There was the Humber Bridge which was open to the wind and then a section of the course that had a slight gradient about mile 11.

Figure 1. Pace and heart rate over the Hull marathon 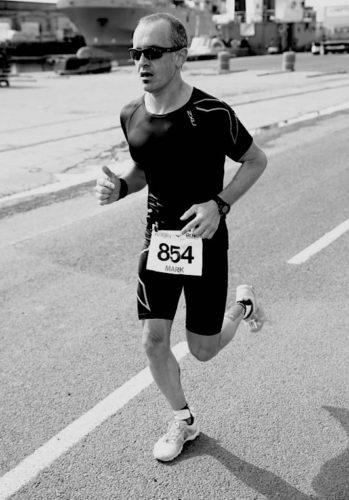 During both I tried to stick to HR (Average over whole course 159bpm/90%max hr) rather than pace (See Figure 1) so I left some effort in the legs for the return journey (a marathon is a long old day – especially if it all goes tits up). 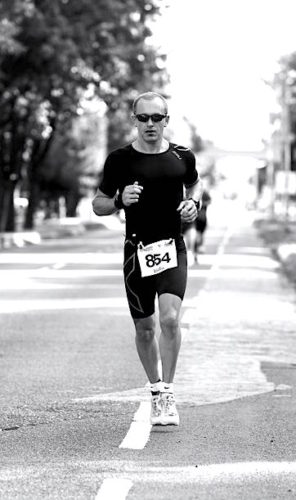 As you pass over the Humber I got to see where I was in relation to the rest of the marathon runners and from what could tell I was in the top 15. I was pretty shocked but excited as never have been so close to the front end of a race before and I began to think, “still 7-8miles to run maybe I could break the top 10 if I held my pace.” 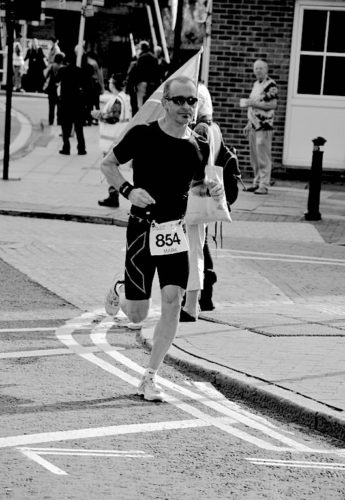 By the end of the race I had chipped away another 5 or so places by sticking to the race plan and crossed the line in 9th in a time of 2hr 51min. I felt great and not the usual pain in my legs. The best bit was seeing the shock on the wife’s and daughters face as I cam round the last bend with only 8 other athletes in front of me. It was a great end to 2015 and indicated that taking almost a whole year to train rather than to race was really paying off and to train smart for 2016. It was at this time I begin to think making Kona the Ironman World Chaps was a real possibility if I could build on my bike for 2016 and it all came together on the day.