Time for the last race of the season…Went out 2 days early and the start of the holiday was not great. I booked the event and accommodation via Nirvana and we stayed at Hotel President as it was simply close to the event and one of the few hotels left when I booked. What a shit hole, what a mistake…

After a very long journey and a delayed pick up from the airport, the hotel manager tried to stick us into 2 single beds in a hotel room that had not been cleaned (lets not even talk about the toilet). We refused to stay in the room and said we had booked a double room and not a room with 2 singles. The night manager was a total dick and clearly had an issue about Brits. We called Nirvana to sort this out and they did, but this was now 2 hours after we arrived at the hotel and over 3 hours since we landed in Barcelona. Although Nirvana did their best I would advise avoiding the place like the plague if you’re ever looking to do this event. There were other issues and although Nirvana apologised over the service we received from the hotel we didn’t get offered any discount or some sort of redress for the issues – despite the fact we had booked other events such as Austria through Nirvana that costs $1000s. So back to the race…

Pre-race reccy…I managed to get a short bike in of circa 30k before the main event and the roads seemed ok but pretty windy as much of the course runs right up the cost following the coastline. The run course was a mix of roads and gravel tracks from what I could see and it was going to be a sea swim, but I never got the chance to get out into the sea pre-race but it looked pretty rough.

SWIM: The swim was a rolling start and was very cramped down at the beach with only one way in and out but there seemed to be lots of family down at the start. This made it very tight place to wait for the gun but everyone was in good spirits and most people seemed to be putting themselves in the right area for their predicted swim time. 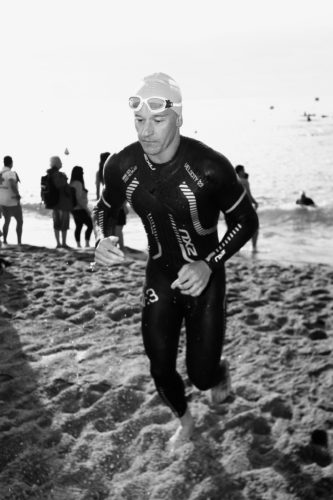 We where told at the swim start that there was over 100 Pros (a record) racing Barcelona this year, which was more than at Kona. The water was pretty choppy and I found sighting pretty tough, so something to clearly work on for next year. I had not done a sea swim since Lanzarote so getting use to the chop took a while to settle in. On exiting the water I felt OK despite a pretty slow swim if 65mins. Now it was time to see how all my hard training on the bike was going to pay off. 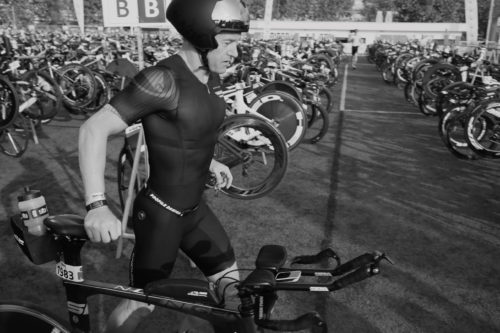 BIKE: After Austria I realised a few things, first I needed to push on the bike and get use to holding a high power output for a prolonged time period. So for the preceding 6-7 weeks I had found a stretch of road back home that was similar to the profile of Barcelona. I looked to work up the long ride to 150k at 230w as well as adjusting my bike position from Austria to be slightly more aggressive at the front end. By reducing my frontal area the effect on my speed per watt was improved significantly, I just needed to make sure I could hold the position over the course of the Ironman.

Figure 1. Heart rate and speed over the Barcelona course.

The goal was 210w normalised power and Hr <135. The training paid off and with an average of 133bpm I came of the bike with a 4hr 52min ride (See Figure 1). A new record for me and felt that I could have shaved some additional time if I had worked a little harder. The course was pretty windy but there was at least 2 big draft packs out on the course and despite employing the refs to break them up after at least attempts at 300w efforts to get past to only be reeled back in clearly nothing was going to change. This really made me angry, some of those in the pack where sitting up trying to allow the pack to break apart many others where clearly drafters hanging of any wheel they could. 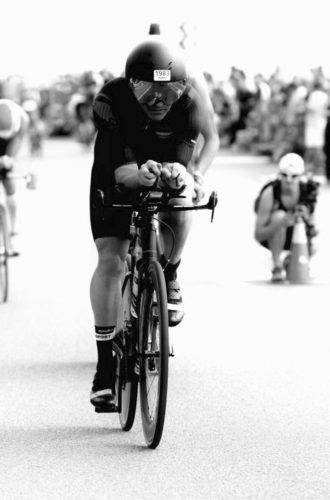 I was lucky as the pack I was trapped behind only lasted a few minutes before reaching my special needs bike station. I was there for a few minutes to change bottles and by the time I got back into the race the pack was either up the road or had been broken up by the race marshals. From what I had heard drafting was a big issue at Barcelona but other than these 2 packs I really did not see too much. I think perhaps the choppy swim might have impacted the drafting for those looking at sub 5 hour bike. I don’t know for sure but it made for a nice second lap with not many to fight past on the way back into town. There is clearly work to be done here in making sure the marshals do their job. There where at least 3 other guys I saw telling marshals to hand out penalties but to no avail. I did see some guys in the penalty tents but only a few. 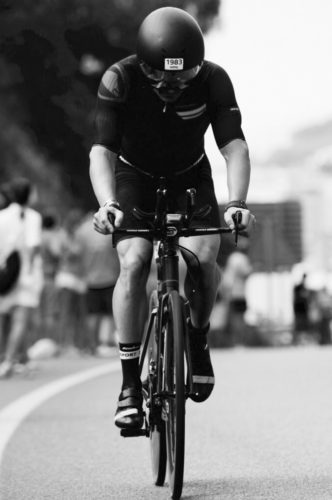 There is another option here and that is for all race marshals to wear a helmet cam / gopro’s and to place cameras around the course to both protect athletes that don’t draft or end up penalised because of being stuck behind a pack that the marshals refuse to break-up. Interestingly, Ironman has banned all cameras including gopro’s unless special permission has been given. I understand the banning of phones and hand-held camera’s is a safety issue but why not cameras attached to bike frames or helmets? Surly this would help police the issue?

I really don’t understand the point of drafting and deciding to do Ironman. If you want to draft legally then either do cycling and sportives or do olympic distance triathlon. To draft on purpose in an Ironman is disrespecting both the sport and you competitors…but enough of the rant.

RUN: Got out on the run and about 4 km in began to suffer and made it about 9km into the race before my first walk. It was hot (Race day peaked at 26oC) and I new it would be so brought a camelbak with me to pre-empt as had not had time to come out early and acclimatise as I know I need to do on hot courses from past experience.

Figure 2. Heart rate and pace in the Barcelona run course 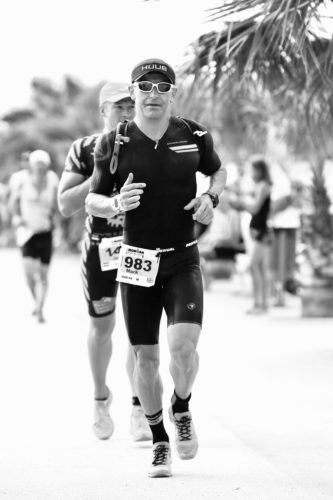 Got to say the Camelbak didn’t work so I binned it after about 13k, which by that point was run walking every aid station trying to keep hydrated and temp down. I could see my average time dropping but was not going to quit this time and given if I had kept running in Austria could have still come out with a 9.40 I was determined not to waste the chance of getting under 10Hours at Barcelona. 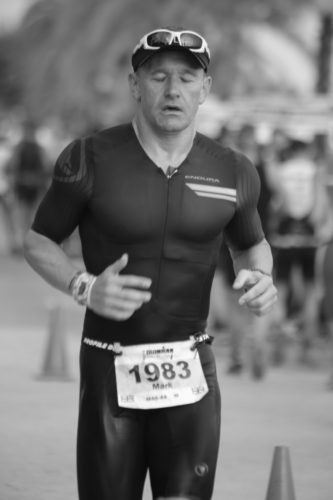 It was real graft but managed to sneak under 10hours with a 3hr 50 marathon for a final time of 9hr 54mins – a new PB all done of less than 10hrs a week training. Given other commentators had also shown the overall times had been 10-20 mins slower this year [http://www.coachcox.co.uk/2016/10/03/ironman-barcelona-2016-results-kona-qualification-analysis/] it made me believe if I kick it up a notch in 2017 I might be in with a chance of a coveted Kona slot. 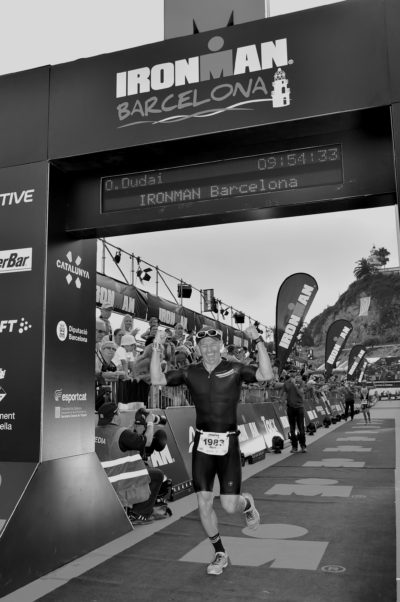