The Outlaw has become a bit of an event in the UK at the full distance (Ironman). So after hearing the good stories thought I would throw my hat in for this middle distance tri to see how my swim, bike, run was improving after taking much of 2015 off.

Again I went into the competition with only a few days of easing back as this was simply to be viewed as a hard training session rather than a real competition. The course is pretty much flat with only what I would call a bump at about mile 20-21 on the bike course. The swim is a single lap and the run is a mix of tarmac and off road running but nothing to sponge so you can make the run fairly fast.

SWIM: I had an OK swim at 30mins and although race morning was pretty cold the forecast was it would heat up later on in the day. I wish I had got to the race start a little earlier to make sure bike was fully racked and sorted and to then get in a little paddle – but that did not happen. Also made rookie mistake of not brining any warm clothes for race morning as the forecast was supposed to be sunny – it turned out cold but will learn from this.

BIKE: I was motivated to get out on the course as had a new TT bike and felt in good shape. Pre race plan was to limit the effort to 220 watts and to see where my legs where after that as this was 1st Tri after last years work. This would be a great tester of any improvements and jumping up from averaging 175w in 2014 to 220 watts and with a bodyweight now at 71kg (3-4kg less) made me feel like I should do OK. (Figure 1 see post race analysis average watts 218 – close to plan). 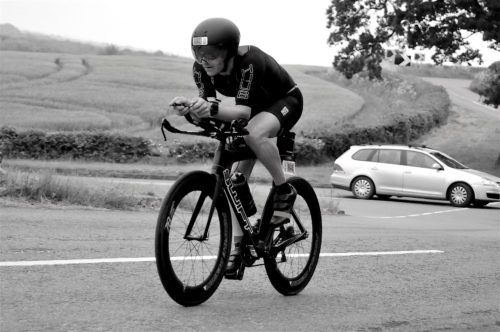 The bike turned out to be as it looked on the online maps, pretty flat and not to technical. Despite a shabby swim I was soon cutting through the racers on the course. By the end I came off the bike in 2hr 37mins but probably lost over 5 mins having to stop for a ‘comfort break’, also a few mins over last few km’s of the bike its full of crap roads and speed bumps resulting in a bounce out of my front bottle and Garmin, so had to stop and pick them up and re-attach. I was through T2 in under a min and it was time to test out the run legs.

Figure 1. Heart rate and power over the Outlaw half course. 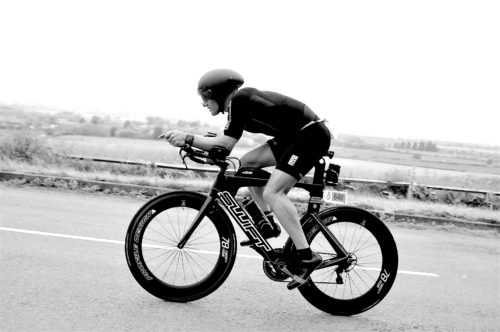 RUN: Got onto the run and legs felt good but needed another ‘comfort break’ – a issue I need to sort for future races (Going on the bike ;-)…). So despite the lost minute I broke into the 1hr 24min range averaging 6.30min/mile at 88% HRmax. 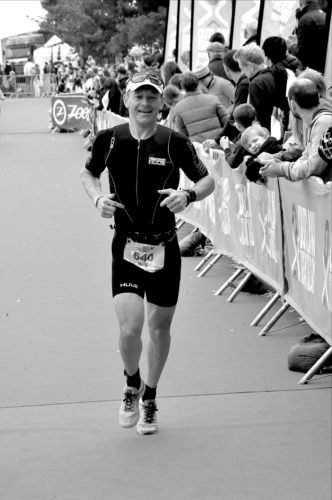 This gave me 4th in my age group just short of the podium and 30th overall (4hr 37mins). So all-in-all pretty happy but a few mistakes to fix, a taper and an easy 5-10 mins can be shaved of this one, which would have had me win my age group and break top 15…So looking forwards to 2017.